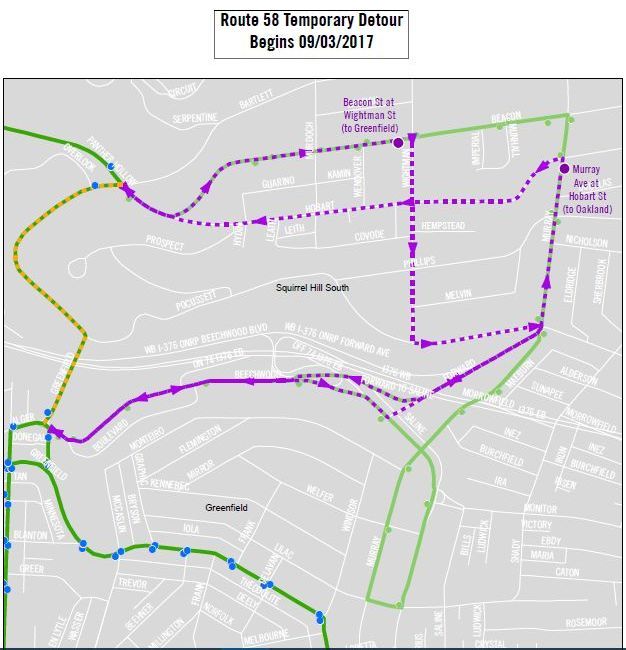 So, beginning on Sunday September 3, the 58 bus will follow the detour mapped above until the bridge opens in October.

The detour is different than the route used for the past two years because it has to be shorter to stay on schedule.

Most of the stops on Beechwood Boulevard, Murray Avenue and Beacon Street will be eliminated.

Check the map above for the revised stops:  blue dots are normal route stops, purple dots are the two in-detour stops.

For Users of True Time & PAT Track, the smartphone apps that show you where the bus is:

The bus will disappear from the True Time map when it is on the detour — dotted purple lines above.  It will reappear between Oakland (CMU) and Schenley Park, and between Ronald St/Alger St and Downtown.  If you are using True Time to catch the bus to Downtown, note when it leaves Oakland.  From where it disappears on Panther Hollow Road, figure about five minutes to Alger Street where it will reappear.  Similarly in the reverse direction. By doing this, you can still predict the arrival times.

The 58 will return to the bridge when it opens.

Routes 52L, 53L and 93 will not change even after the bridge opens.