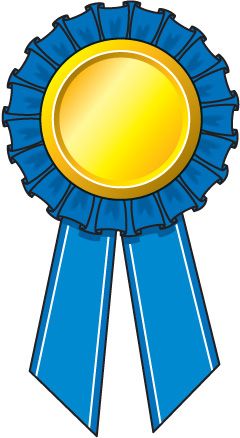 Come honor these outstanding Greenfield residents and businesses (listed below) at the Awards Dinner on November 18. 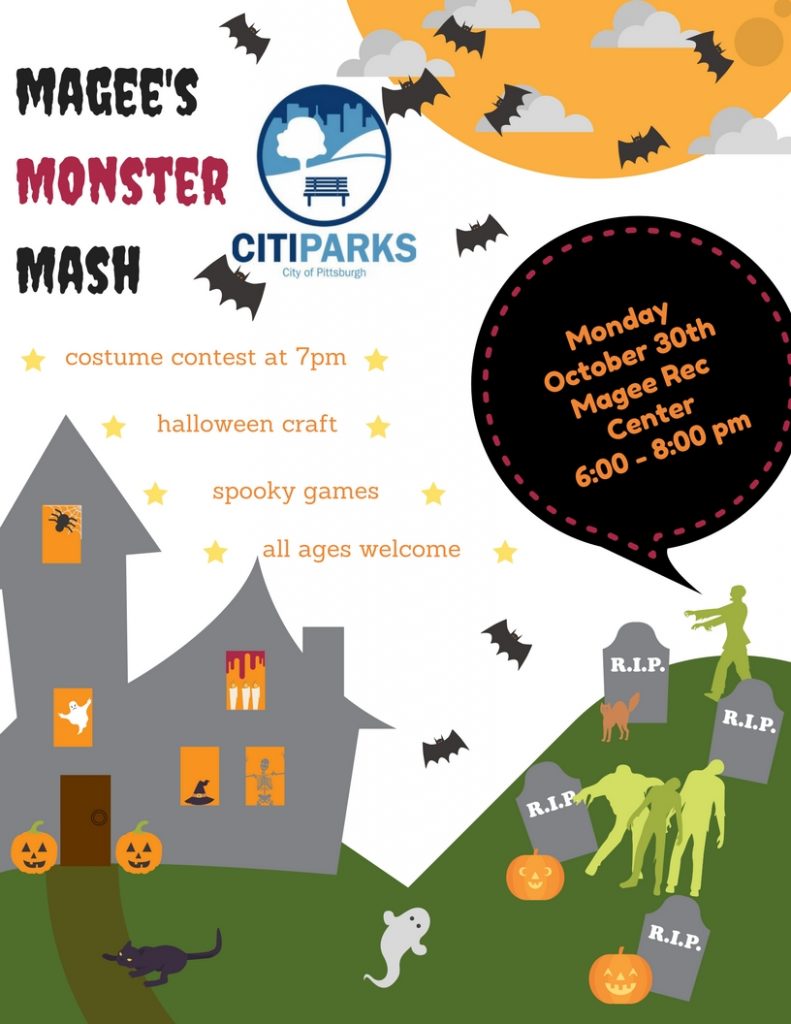 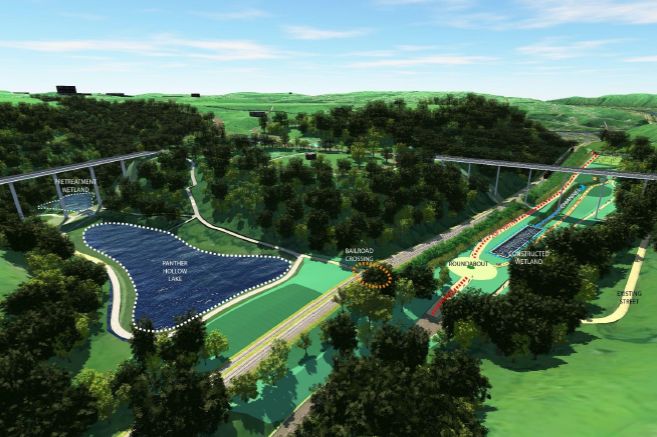 DESCRIPTION:  The Four Mile Run Watershed, which includes the neighborhoods of Greenfield, Squirrel Hill, Oakland, and Hazelwood, offers a great opportunity for stormwater management, a major issue in Pittsburgh. After gathering input on Four Mile Run project concepts from hundreds of community members, we’re excited to share a preliminary design!

Join Pittsburgh Parks Conservancy at a public meeting this week to see the preliminary design, and to give your feedback. Your input allows us to move into more detailed design and toward a buildable project. 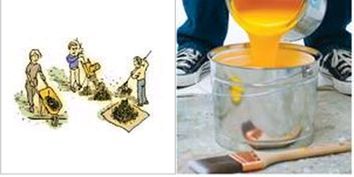 Sponsored by the GCA Public Space Stewardship Committee.
In partnership with: The University of Pittsburgh Make a Difference Day – 10/21/2017 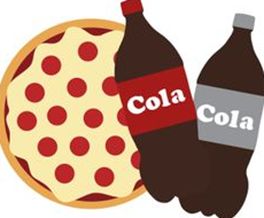 … is a fun filled day to celebrate the opening of the new Greenfield Bridge.  Here’s the schedule.  (Download the Event flyer here.)

11:00 Beat the Bridge Fun Run
Be one of the first to run from Greenfield to Schenley as the Bridge opens to pedestrians!  Free! Just 1 mile.  (Due to permitting issues we can’t do the 5K.   Click here for the flyer.)

12:00 Zumba on the Bridge
Ever Zumba? On a Bridge? Here’s your chance for a free dance/aerobic class! Participants must be 16 or over, and are strongly
encouraged to bring their own water.

12:00 – 7:00p Kids Plus Children’s Festival
Kids Plus will host a child-focused festival chock full of children’s activities, as well as live music!

2:00 – 7:00p The Bridge is Back!
Please join the community on the Bridge as we celebrate the return of the Bridge, and reestablishing our connection with Schenley Park! The event will feature food trucks from around the area, and free games such as miniature golf and giant block-stacking, an even larger ring toss, a rock climbing wall, and adult-sized big wheels.

3:00 – 6:30p The Fantastic Adventure: Greenfield Bridge
Join City of Play as they premiere a neighborhood-wide, immersive adventure to welcome the Greenfield Bridge. Part storytelling, part scavenger hunt, and part festival, the Fantastic Adventure is a new type of theatrical event that puts you in the center of the action. Start your adventure by choosing an apple on the bridge anytime before 3pm, but beware… the choices you make will have legendary consequences.

7:00p Ribbon Cutting
The Mayor’s office and distinguished guests will officially ring-in the new bridge with a ribbon cutting followed by a small parade and the uplighting of the Bridge, provided by Luxe Creative.

8:00p The Greenfield Glug
The day will be capped by the first ever Greenfield Glug. A free circulating shuttle will be running from 8-12pm, between J Goughs, Hough’s, Yesterdays, Zano’s and Big Jims. Participants wearing a Bridge is Back T-shirt will receive special drink and food specials. Click here for the flyer with map. 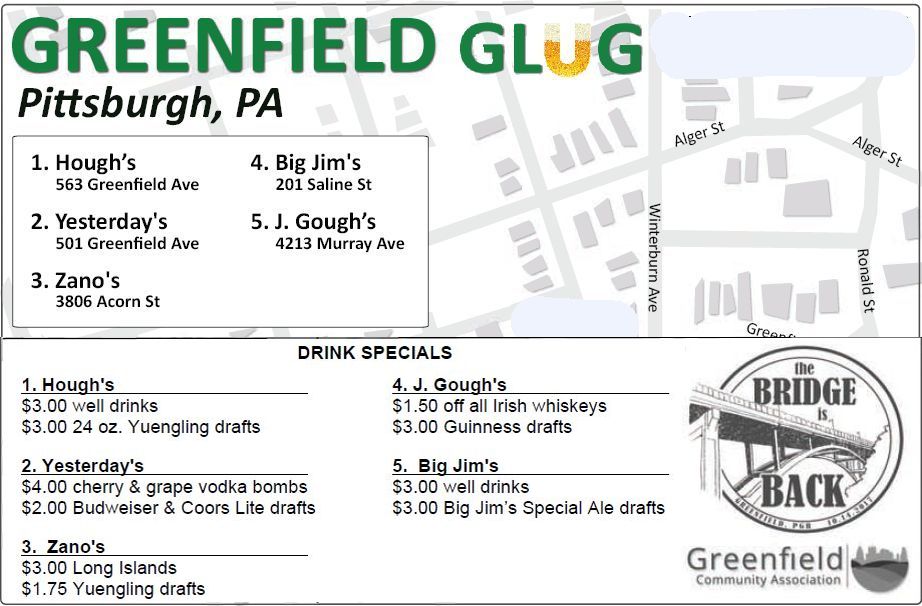 Buy your own Bridge is Back T-Shirt beginning Wed October 11 at Staghorn Cafe at 517 Greenfield Ave, or Dream Tees at 553 Greenfield Ave or at the event.  You’ll want one for the Greenfield Glug! 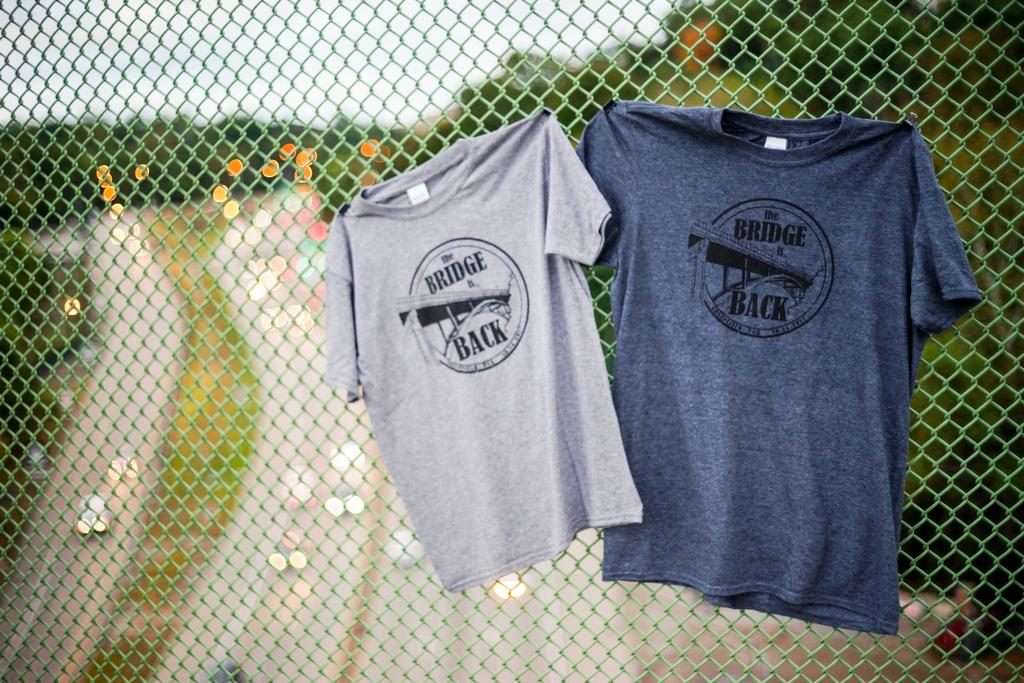 The Bridge Is Back event is created in partnership with:

Thanks to our Event Sponsors:

The Bridge is Back! The Party’s On!

The “Bridge is Back” will be a party like no other. Two years ago, the neighborhood hosted “Bridgefest” to help mourn the passing of its much beloved and used connection to Schenley Park and Oakland, the Beechwood Boulevard Bridge. The party was a celebration of the history and iconic status of this bridge. The party was planned as a commemoration and farewell to the old failing bridge. The celebration planned for the opening of the new bridge is designed to look forward and create a lasting memory for the dedication of the new Beechwood Boulevard (Greenfield) Bridge II.

Come to the bridge, Saturday, October 14th, beginning at 11:00 a.m. with a short fun run across the bridge and into the park, followed at noon by Kid’s Plus Children’s Festival and live music from the City’s young talent.

At 2:00 p.m., the celebration expands onto the bridge and its environs. The bridge will play host to numerous events throughout the afternoon and into the evening including, a Fantastic Adventure orchestrated by City of Play, games on the bridge (BIG Bigwheel races, Miniature golf, ring toss, Giant Jenga, and a rock wall) more live music, food trucks, a transport vehicle show of both 1922 and 2017 vehicles. The event culminates with a sunset ribbon cutting, which will illuminate the bridge under the direction of Lux Creative and signal the start of a small vehicle parade of the old and new across the bridge and into the neighborhood before returning to the bridge.

The evening will be capped with Greenfield’s first GLUG, a free circulating shuttle starting at 8:00 p.m. and running to 12:00 midnight circulating through the neighborhood providing passage to Greenfield’s local establishments, each providing drink specials to help celebrate the opening.

This event is a partnership with the Greenfield Community Association, Mayor William Peduto, City Councilman Corey O’Connor, the bridge construction team (Mosites Construction, Michael Baker International, HDR, PennDOT, and FHWA) as well as the City Departments of Public Works and Public Safety, Kids Plus, Lux Creative, City of Play, BikePGH, Healthy Ride, and Bicycle Heaven. All this is in anticipation of the scheduled opening of the bridge to all traffic the following morning, Sunday, October 15th.

More details will be rolled out as they become available including a program of activities, and a list of food trucks and bands, and how to get a T-shirt.